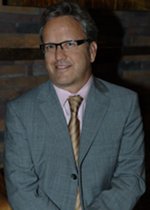 Michael Goldstein's background has been almost exclusively in the practice of California criminal law, beginning as a law clerk for the Riverside County public defender's office, and continuing on through two decades of experience as a local criminal defense and DMV defense attorney.

For more than 18 years, Michael Goldstein has build a reputation in Palm Springs as a hard-working, reliable and trustworthy defense attorney with an emphasis on driving under the influence and motor vehicle cases.

Michael Goldstein does all of his DMV hearings in person, in either the San Bernardino or Palm Springs Driver Safety Office and has built a solid reputation with the staff in both offices. In fact, he shares the same reputation in the District Attorney's Office, which prosecutes the DUI's that correspond to these hearings.

He has had numerous successes at trial as well as in motions and pretrial negotiations. Attorney Goldstein's reputation as a leading DMV attorney often earns numerous referrals from other private criminal defense attorneys and public defenders who recommend him to handle the DMV hearing aspect of their case.

Michael Goldstein is a qualified administer of the Field Sobriety Tests (National Highway Traffic Safety Administration); owner and operator of a Preliminary Alcohol Screening (PAS) breath device, which is the breath test offered to arrestees in the field; and a member of California Public Defenders Association, California Attorneys for Criminal Justice, National Association of Criminal Defense Lawyers and the California DUI Lawyers Association.